Sauúti is taken from the word “Sauti” which means “voice” in Swahili. This world is a five-planet system orbiting a binary star. This world is rooted deeply in a variety of African mythology, language, and culture. Sauúti weaves in an intricate magic system based on sound, oral traditions and music. It includes science-fiction elements of artificial intelligence and space flight, including both humanoid and non-humanoid creatures. Sauúti is filled with wonder, mystery and magic. 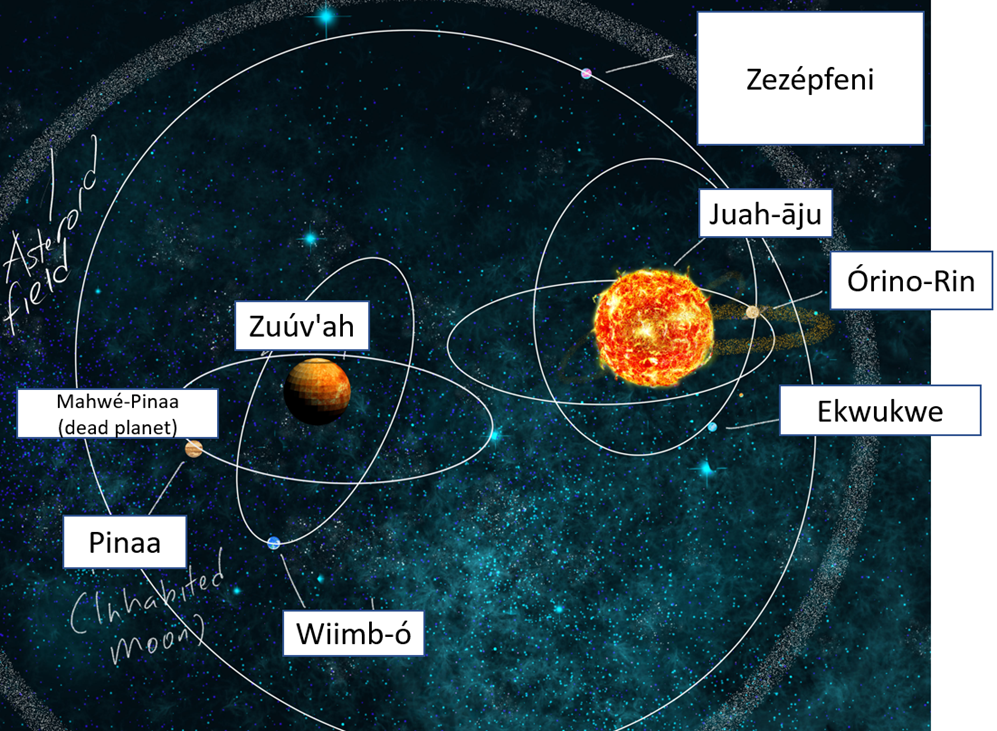